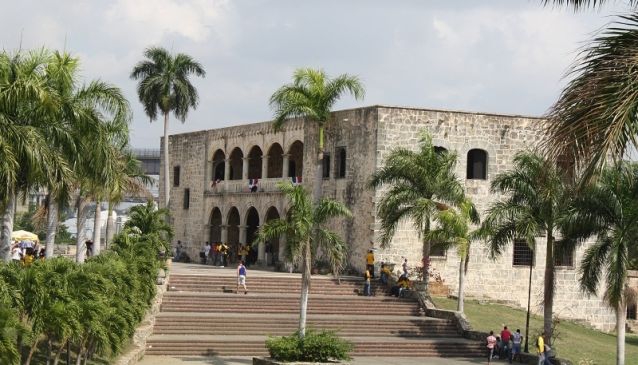 The Museum Alcazar de Colon was built between 1510 and 1512 and was presented to Christopher Columbus' son, Diego, Governor of Hispaniola during the Colonial era, and this majestic palace was home for him and his descendants during their stay on the island.

The Alcazar became the center of Colonial power where the first Spanish court was established in the New World. It became the temporary home of many such as Pizarro, Cortez, Balboa and Ponce de Leon on his way to future conquests in America.

It consists of 22 rooms. The structure itself projects a mixture of Gothic and Arabic styles, and was heavily influenced by the Spanish and Italian Renaissance. The Alcazar de Colón is open to the public as a museum and houses many fine treasures of the colonial era.

Declared a World Heritage Site because of its rich history, here in the Colonial City, tourists have the privilege of walking in the place chosen by Bartholomew Columbus during Colonization to create the first city in the Americas in 1498.