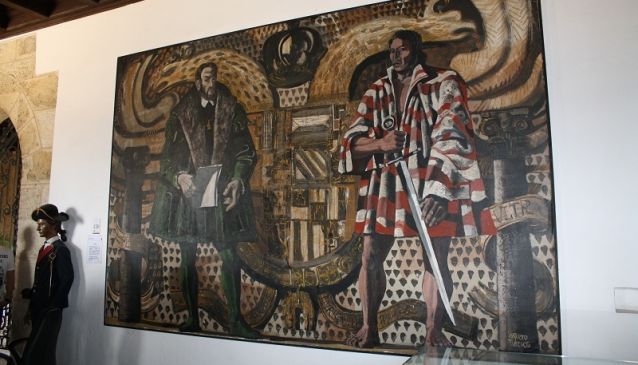 Museum of the Royal Houses - Dominicanrepublic

Directions to Museum of the Royal Houses

The Museum of the Royal Houses (Museo de las Casas Reales) was built in 1511 by order of King Ferdinand II of Aragon, and is so named because during the colonial era, it was the location of the Real Audiencia (Royal Court) that served as the first court of the New World and also served as a residence for governors and captains at the time.

The Museum has 9 rooms and is composed of two buildings that connect to each other, adjacent to the Palace of the Governors and the other the Royal Court and Accounts. It is a place where many sacred and important people marched during the Colonial era.

Inside, important meetings were organized, consisting of royal officials and judges, who discussed issues of political, religious and commercial importance to the island of Hispaniola. These consultations also involved representatives of the Church and, of course, Spanish subjects themselves who considered the Indian tributes paid to the Spanish Crown. However, the Indian chiefs, although considered capable and intelligent, were never invited.