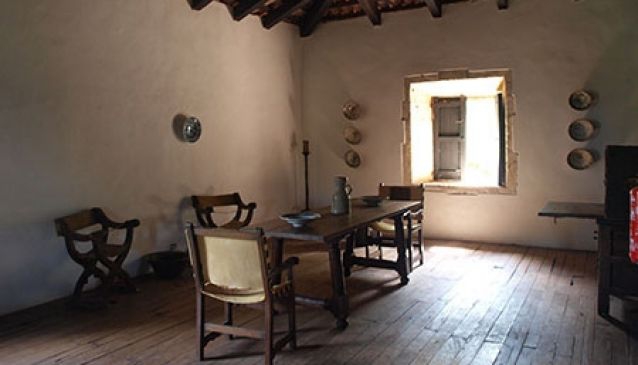 About 25 kilometers away from the city of Higuey is the small town of San Rafael de Yuma, the location of the Museum of Ponce de Leon, a medieval-looking mansion built in a rectangular, red-tiled Castilian style. Also known as the Castle of Ponce de Leon and Esquivel Castle, the building was first constructed around the year 1508 by the explorer and conqueror Ponce de Leon, during the governorship of Fray Nicolás de Ovando on Hispaniola Island.

Juan Ponce de Leon first arrived on Hispaniola during the second voyage of Christopher Columbus in 1493, when the city of La Isabela was founded in the north of the island. Many of the earliest highlights of the Spanish conquest of Hispaniola happened shortly after, including the battle of the Vega Real, the construction of the Fortress of Conception, and the founding of Santo Domingo.

Between 1493 and 1504 the Spanish undertook a campaign in the western regions of Hispaniola (now known as Haiti), lead by Fray Nicolás de Ovando, Diego Velázquez and Rodrigo Mejia Trillo. Once the pacification of the western regions was complete, attention was turned to the chieftainship of Higuey, ruled by Cotubanamá. A campaign to conquer the region was carried out from 1504 to 1505, but native rebellions and attacks on the settlement continued as late as 1508, reflected by the 1.7-meter-thick walls of the first floor of the castle to protect it and its inhabitants. In light of these dangers, a tunnel was built between the house and the banks of the Yuma river should it be necessary to flee an attack. Juan Ponce and his family resided on the second floor of the house (where the walls were 'only' 0.7 metres thick), along with his wife and daughters.

The mansion served as the headquarters at which he planned and prepared for the conquest of the island of San Juan (known as Puerto Rico in the modern day), the exploration of Florida and expeditions in search of the islands of Bimini, believed to be the sources of eternal youth. His business ventures were highly successful, even allowing him to build a second mansion in Caparra that was later moved to San Juan, the capital of Puerto Rico.

In order to visit the museum, guests must first travel to San Rafael de Yuma in the province of Altagracia, 160km east of Santo Domingo. A sign will be visible upon your arrival, indicating a dirt road to be followed to the museum. The area surrounding the Museum Ponce de Leon contains vast, windswept plains where Ponce de Leon once traded cassava bread to sell in San Juan for cassava and yams to be planted and sold in the city of Santo Domingo. Inside, the mansion is decorated in much the same fashion as it would have been in the 16th century; among the objects seen are a spinning machine, Ponce de Leon's dining room table, his bedroom and the religious elements of its decoration, as well as examples of the farm tools and the nearby cattle ranch.

If you're interested in exploring the cultural history of the Dominican Republic, the Museum Ponce de Leon is well worth your time, especially if you're staying in nearby Punta Cana.

Admission costs 50RD$ with the option of purchasing a booklet with further details on the history of Ponce de Leon and the founding of the mansion.