Search for a company in Dominican Republic
Advertisment 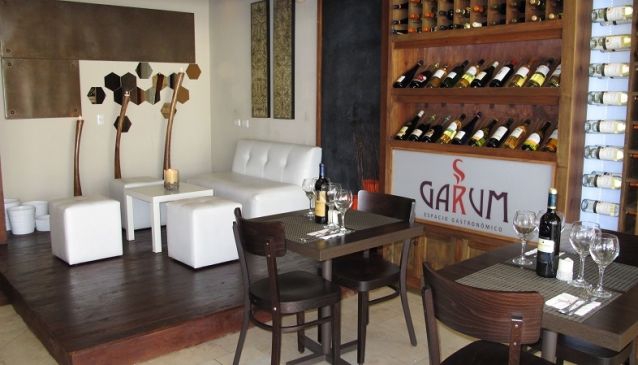 GARUM Espacio Gastronómico is a restaurant and tapas bar specializing in gourmet Spanish cuisine. The restaurant is managed by Spanish chef, Rubén Gómez, together with his wife, Ignahi González.

With its perfect location in the Plaza San Juan Shopping Center between Caribbean Cinemas and Pola Supermarket, it is close to other businesses such as Haagen Dazs, Payless, Ikea, KB Accessories, Corripio, among others.

GARUM can be seen quite well from the main road, and is visible to everyone who passes in front of the Plaza San Juan Shopping Center. The restaurant is conveniently located close to Ciudad San Juan area (a future project), as well as Cocotal, Villas Bavaro, Los Corales and the surrounding areas of Punta Cana and Cap Cana.

GARUM Espacio Gastronómico is composed of two areas. The first is the Restaurant which is divided into a 60 square meter seating area and a 100 square meter kitchen, making a total of 160 square meters of space. The kitchen offers cooking classes and a 'Chef's Night' where dinners are held at the Chef's table.

The second area is the Tapas Bar. Here are found various evening activities such as Happy Hours every Friday evening; two-for-the-price-of-one appetizers on Mondays; and a big screen TV that provides exciting sports programs such as European league soccer, the Superbowl, Moto GP, and many others.

In their wine cellar GARUM features an extensive range of wines. These wines please diners from all parts of the world, and perfectly marinates with Mediterranean and fusion cuisine. Their amazing grilled lobster and their Paella or Fideua (Spanish style rice or noodles) are highly recommended. The online photo gallery displays photos of their dishes.

GARUM's calendar is filled with many exciting events including:

- Wine tasting provided by the restaurant's sommelier, Ruben Gomez, and also by guest sommeliers from the local area;

- Cooking classes for children at certain times of the year;

- A food festival in conjunction with other businesses in the Plaza San Juan Shopping Center;

- 'Chef's Night' with a private table in the restaurant's kitchen for customers;

- Catering, events and banquets; and

For birthdays, if reservations of 5 people or more are made previously, the cake is free!

Create & Share your Guide to Dominican Republic with friends and family!