Carnival in the Dominican Republic

Crowds line the street on this cool February afternoon, and speakers mounted on nearby corners blast festive Caribbean music in your ears as you crane your neck, trying to catch a glimpse of the parade that you know will be rounding the corner at any minute. A few young children push by you in order to have a better view while others climb onto their parents’ shoulders to be able to see. The crowd starts to cheer and you find yourself screaming along with them as the first participants in the Dominican Republic Carnival round the corner. The costumes are unlike anything that you have ever seen. Dozens of young men donning brightly-colored jumpsuits covered in tiny mirrors crack large whips as they come skipping down the street. The children shriek in delight as they taunt the men, called lechones, who in turn and chase the children down and give them friendly whacks with air-filled bladders (called vejigas). Wearing long-horned masks that completely cover their faces, the lechones are a unique staple of the Dominican Carnival. 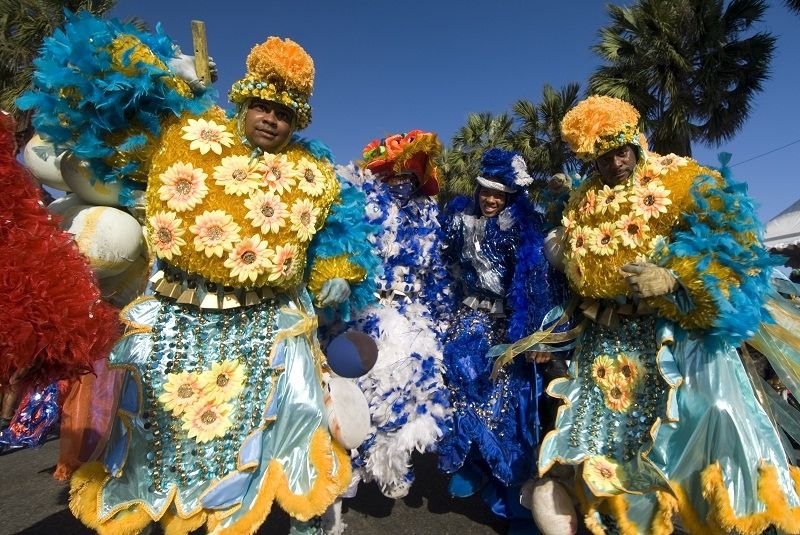 Unlike Carnival celebrations in other Latin American countries where the emphasis is on the beauty of the young women marching at the head of the parades or on the specific dancing style of different teams of marchers, the Dominican Republic relies heavily on symbolism and comedy to express the culture and personality of its people. Each village has its own distinct voice and so the Carnival celebration varies from one city to the next. But there are three cities in particular that have become famous for their Carnival celebrations: Santo Domingo, La Vega and Punta Cana. What can you expect to find in each city? 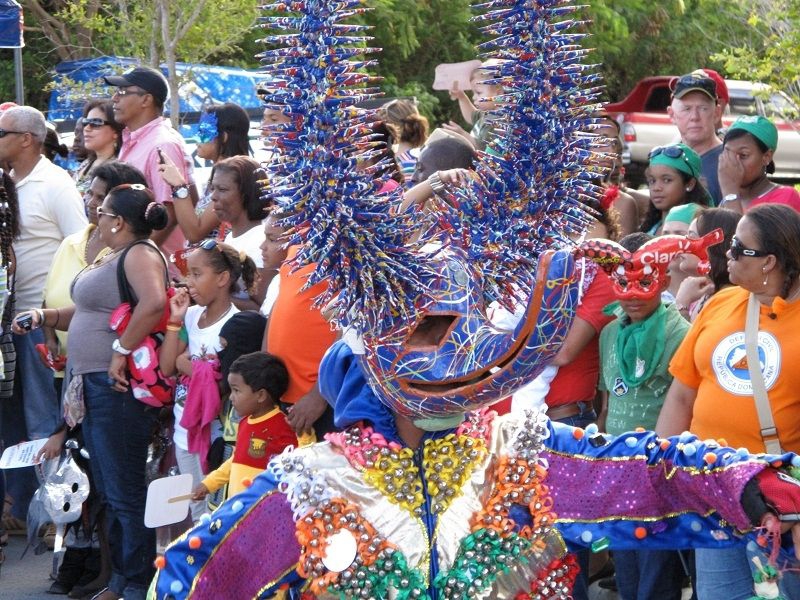 Santo Domingo Carnival: Along with the usual Carnival lechones, you can also expect to see special attention given to the Colonial background of the island. Dominicans dressed up as Spanish conquistadores and their African slaves reenact the centuries of abuse that these poor people suffered. The men and women playing the part of the slaves often rub themselves with used motor oil to exaggerate the darker skin tones of their African ancestors.

The Santo Domingo Carnival is also the one that attracts many tourists from other countries, which means larger crowds watching the festivities. A local organization judges which participants are the best and awards them prizes and special recognition.

La Vega Carnival: According to all available sources, La Vega is the birthplace of the modern-day Dominican Carnival. Of all the cities across the island, La Vega carnival draws some of the largest crowds and makes the biggest impression on those who see it, locals and visitors alike. Poets called Califés recite comical poems about politics and the state of the country, while people covered in traditional Taíno dress reenact the lives of the islands’ early inhabitants.

Large crowds come to see the costumes and floats that have taken months to prepare, and dancers put on an unforgettable show. Taking place every weekend in February but culminating on the 27th, La Vega Carnival is an once-in-a-lifetime experience that you should not miss. There is no better way to experience the vibrant love of life and the rich cultural heritage of the Dominican people. 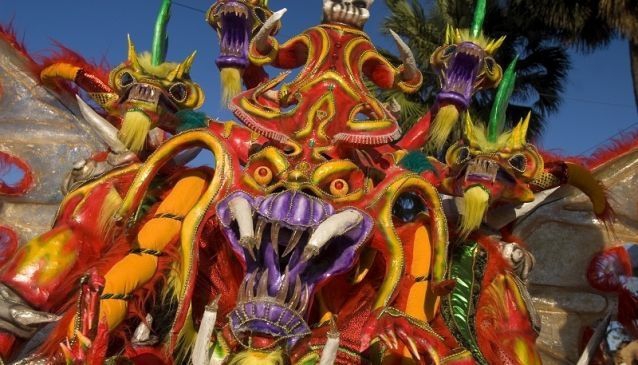 Punta Cana Carnival: In the Dominican Republic, carnival is a time to imagine a world that is the polar opposite of the one we have now. Bad becomes good, up becomes down, and men even become women. The Punta Cana Carnival embraces the oddities of the Carnival world by showcasing men in drag, local Merengue music, and delicious local cuisine. Held since 2008, the Carnival Grand Gala takes place on March the 8th, which means that many people can attend the traditional Carnival celebrations in other cities and also attend the Gala in Punta Cana. Taking place at Punta Cana Galerias, guests will be able to enjoy local music, wear colorful costumes, and interact with the performers who will be performing the next day!

Look out for some of the ever-popular Carnival characters, including the infamous Roba la Gallina (or “chicken thief”) who is a man dressed as an overweight woman trying to steal chickens by stuffing them into her clothing, and a character called “Se me muere Rebeca” (Rebecca is dying), a woman (or man) dressed as a grieving mother who has lost her mind and wonders the streets looking for someone to help her sick daughter get her medicine.

Because it is also sponsored by both the national brewing company and a local producer of high quality rum, you can be sure that plenty of delicious Dominican Pilsner beer and Caribbean rum will be flowing at the Punta Cana Carnival Grand Gala as well.

As is the case anytime you are surrounded by large groups of people, keep an eye on your valuables. It is advised not to go out with large amounts of money or a wallet with important documents inside. Keep everyone in your group together and have a pre-arranged meeting spot just in case you get separated. While young children will surely love the music and the dancing, just be aware that many parades last for four or more hours and that very young children may be afraid of some of the scarier costumes. Drink plenty of water and be sure to wear enough sunscreen so that nothing can ruin this special experience.

Carnival in the Dominican Republic is a spectacular experience so make sure you don’t miss it the next time it comes around! 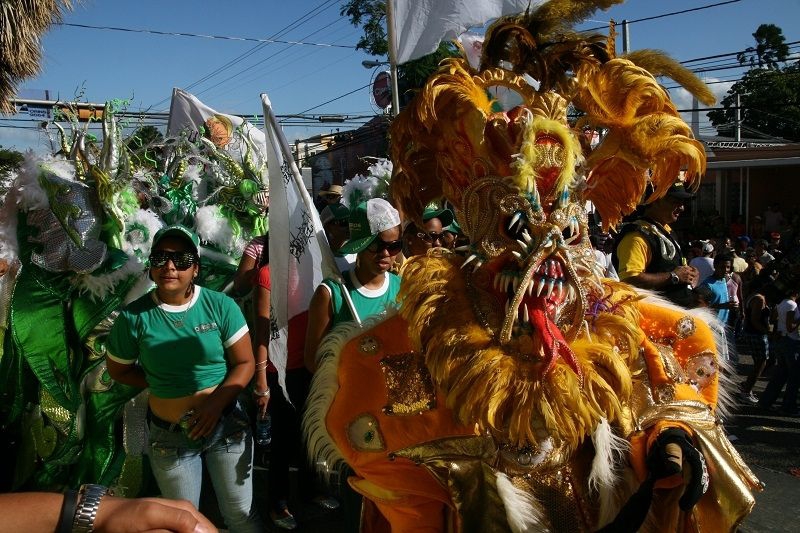