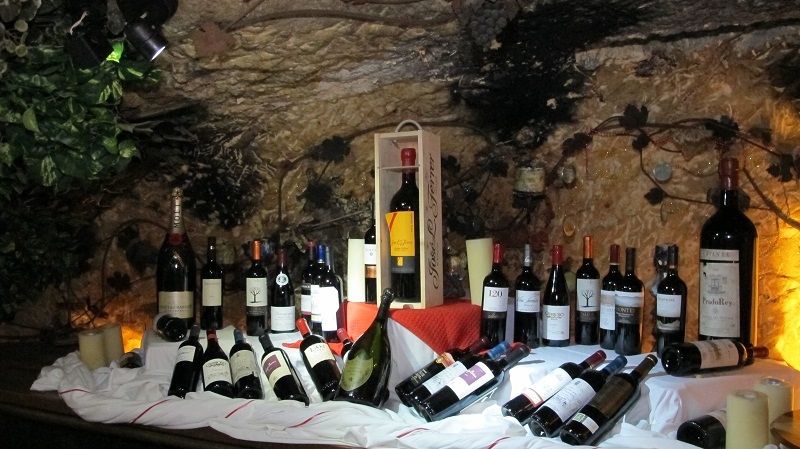 The restaurant El Mesón de la Cava fascinates tourists from around the world. Hidden in a limestone cave, it has provided unsurpassed service in gastronomy and world-class wines for over 40 years.

The restaurant is situated in a natural limestone cave, created by waves across the coastal cliffs millions of years ago. Remains of the native Taino Indians have been discovered near the site, as well as those of pirates and buccaneers who used the caves as hideouts to prepare for frequent assaults on the city of Santo Domingo. The latest group to use the caves were the soldiers of the Organization of American States during the Dominican Revolution of 1965. El Mesón de la Cava is located on such an interesting and historically significant site. They have kept their discoveries of utensils, arms and other objects at the site private for many years during its construction, but recently decided to display these artifacts publicly in the restaurant.

To enter the restaurant you will descend a spiral staircase down a blowhole carved into the cliffs, past the remains of an ancient fig tree and into a quaint limestone cave.

While you enjoy the secluded retreat of the restaurant, you'll be able to choose from dishes made from a wide variety of seasonal and artisanal ingredients, gathered everywhere across the country from tropical valleys to mountain slopes - including the freshest catches of the Caribbean, delivered daily to their doors.

Native Dominican cuisine is combined with French and Spanish influences and the finest imported ingredients to create a refined and inventive menu, reflecting masterful attention to detail accented with an elegant, creative touch.

Chef Luis Miguel Peralta draws inspiration from all cultures to create mouth-watering dishes that keep guests coming back for more, featuring and paying homage to the bountiful regional produce and vegetables through his strong relationships with local organic farmers. His ever-changing menus feature the finest seasonal and artisan products, making the ingredients the star attractions in their refined presentations.

During the week, live music is offered on the terrace for all of their guests to enjoy. Celebrate your private events with El Mesón de la Cava, from baptisms, birthdays, weddings, anniversaries to business breakfasts and everyday coffee breaks.

Indulge yourself at a restaurant enjoyed by such celebrities as Caroline Kennedy, Al Pacino, Don King, Francis Ford Coppola, Henry Kissinger, Robert Redford, Princess Soraya and Sammy Sosa among others.

All of our providers offer 24/7 support

Create & Share your own Guide to Dominican Republic with friends and family!