The hot dry air assaults your face as you drive down a bumpy and dusty road. Forests of cactus outfit the coarse terrain as you wonder:  “Am I still in the Caribbean?”  Yes, you are absolutely still on the white sand, sunshine-glazed tropical Caribbean island known as the Dominican Republic. Today, however, you are on your way to the Dominican Republic’s largest salt water lake, Lago Enriquillo.

Lago Enriquillo is located in one of the driest spots in the Caribbean. It is here that you will experience a sepcial aspect of the natural diversity that makes the Dominican Republic so different from other eco-tourism destinations. You can find Lago Enriquillo located about 30 miles (50 kilometers) northeast of the town of Barahona in the southern part of the Dominican Republic, between the provinces of Bahoruco and Independencia.

Although the water levels and salinity of the lake tend to fluctuate,  Lago Enriquillo still has managed to hold on to its reputation as the largest lake in all of the Caribbean, measuring about 102 square miles (264 km). This colossal lake has also been confirmed as the lowest point in the Caribbean, its elevation being about 40 meters below sea level. Since Lago Enriquillo has no outlet, flooding is a growing problem for the nearby villages and towns. 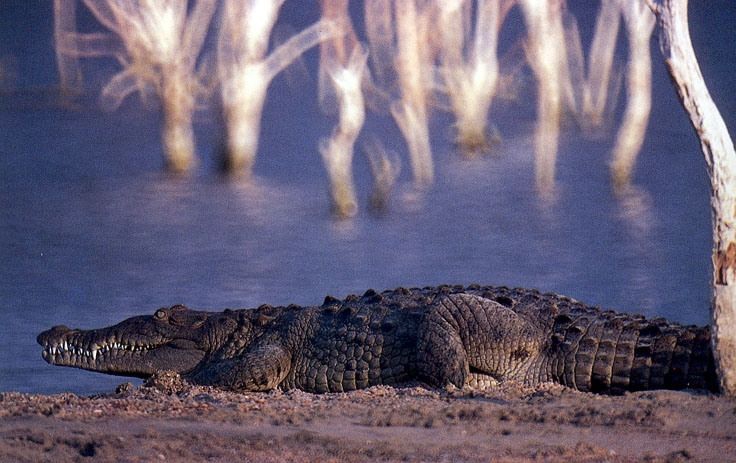 If you think it would be nice to take a dip in Lago Enriquillo to escape the grueling heat of the day, think again. Lago Enriquillo is home to one of the largest populations of wild American crocodile. These prehistoric-looking carnivores can grow to be 14 feet long. They feed mostly on the fish found in the lake, but don’t be too sure that they won’t make an exception for the forgetful tourist who wants to dangle their toes over the boat’s edge!

The Crocodiles seem to enjoy resting on a little island in the middle of the lake called Isla Cabritos which is also a popular destination for tourists who are eager to observe the crocodiles up close.  Bird enthusiasts also love to visit Lago Enriquillo, viewing it as a treat because they get to savor glimpses of many species of tropical birds found on the island, including the most stunning of them all: the elegant and rosy pink flamingo.

Crocodiles are not the only reptiles to be found in the park. As you enter the park you will find yourself greeted by some of the lakes two species of iguana. The larger of the two species is the Rhinoceros Iguana, so named for the “horns” that grow out of its snout.  These iguanas can grow anywhere from 24 to 51 inches. Despite their size and threatening appearance there is no need to panic if you should spot one. They are herbivorous reptiles and normally prefer to flee instead of becoming aggressive when approached. The Ricord’s Iguana is the smaller of the two species and has an average length of between 15 to 20 inches. Sadly, this iguana is considered a critically endangered species. 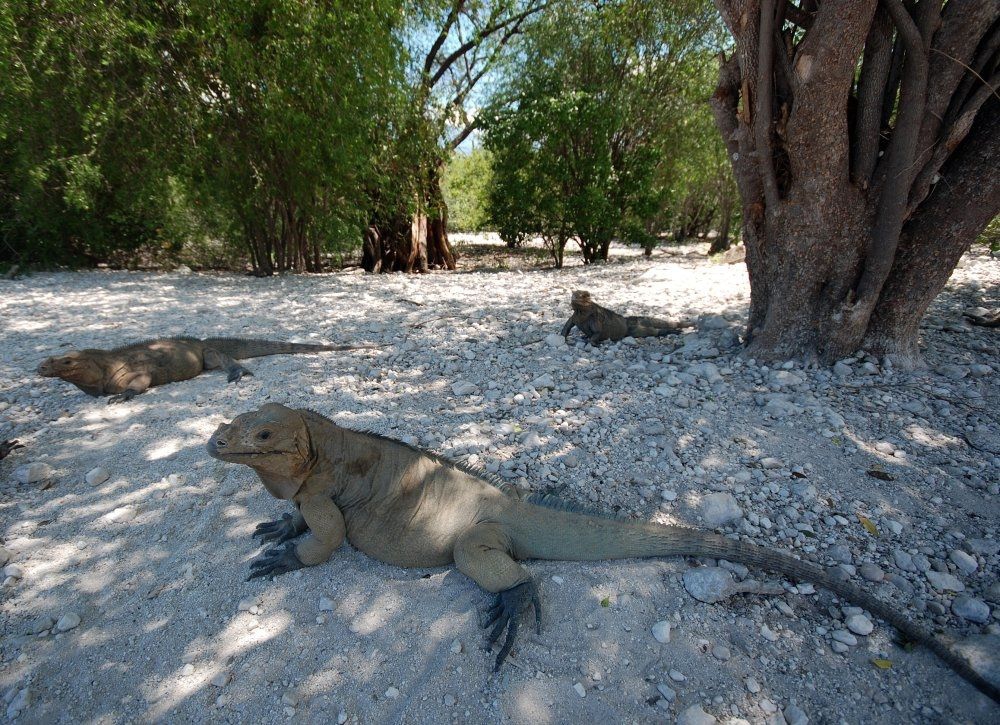 When you visit Lago Enriquillo, you can choose to explore the park on your own. However, you will have to hire a boat if you want to visit Isla Cabritos. This can be expensive if you are not traveling with a large group with whom you can share the fee. Many visitors opt to pay a little more and thus experience Lago Enriquillo in the company of a tour group led by a well-informed guide. Knowledgeable guides can tell you more about the many species of rare desert plants and animals of the park as well as the history of the lake itself. Rates differ depending on your point of departure and the size of the group you are traveling with. Most tours will provide transportation, beverages, and lunch as well as the tour itself.

Your tour will include a trip across the lake to see the crocodiles and other fauna on Isla Cabritos, and your guide may even take you for a hike up to a Taino cave nearby to view the ancient indigenous Taino wall art as well as to take in the incredible panoramic view of the lake and the Bahoruco mountains.

If you are disappointed that you weren’t able to swim in the crocodile-infested waters during your guided tour, never fear. There is natural pool of sulphur water close to the lake. There are no crocodiles in this water, but after a few minutes of being near the smell from the sulphur you may have a better idea of why the crocodiles prefer to avoid that particular pool. Still, the waters here are said to have healing powers, especially for skin problems. Most tours will include a visit to (with the option of taking a dip in) this natural wonder.

Indeed, the remoteness of this exceptional attraction is no barrier and is well worth the effort of the trip. Nature lovers, animal fanciers and adventurers of all ages will enjoy this unique nature reserve. Lago Enriquillo is a wild and exciting new face to the intriguing island of the Dominican Republic. 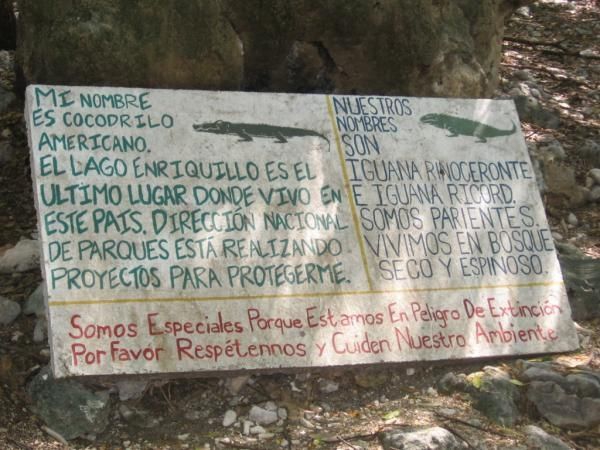